Swosz wrote:The only miss by Milik that is going to haunt my dreams is the one at the beginning of the 2nd half. Im more upset at Grosicki being selfish in the 83rd minute going for a shot instead of a cross when we had a set piece at the edge of the box. The reason Milik even got a chance a second time was his selflessness. He faked the German defender and let the ball role through his legs to Grosicki instead of trying to control it in traffic then hung back in open space. The cross by Grosicki looked like it might of been slightly tipped or he lost sight of it when a defender slid in and thats why Milik tripped trying to shoot it cause his timing was thrown off. Yes he screwed the chance up but he was the reason we we even had another chance to shoot. You have to start Milik against Ukraine in hopes he figures his shooting problem out. We can afford it as the game is not necessarily do or die. We have not lost with him yet and he is the only one that has actually scored for us. If he does have a bad game against Ukraine then yes with single elimination next I might understand for people calling for NawaÅ‚ka to play only the players in form.

I agree, you have to start with Milik, but Nawalka must have a plan B if required.

Look at the game again and watch Miliks overall game, he lost the ball too often, miscontroled his run from the right wing, passes were all over the shop, even Robert went nuts at him out of frustration.

His performance against NI was not much better. I still believe he can turn his form around and be the player we all know he is, BUT if he cannot, then the management must act.

In the next game Milik will show us what he can do..

Plan B? good one. We have one sub in Kapustka to spell a tired Kuba or heaven forbid an injured Kuba/Grosik. Zielu hopefully comes in for a stretch to get some experience and shake the nerves but it's pretty obvious Nawalka ain't got the confidence in him to start, not in the least. Even mentioning the possibility of dropping Milik is, let me find a civil tone, a pretty outrageous overreaction.
Top

I managed to catch the game at home yesterday and man oh man this game had me going through a mix of emotions haha!! At times I was thinking will this turn into a repeat of our game from 2006 WC in the first half? But after the second half I felt a lot more at ease with how our boys settled down and gave Germany a wonderful run. I think Nawalka lighted a fire in those guys at half time and it worked out spectacularly. Here's hoping Lewandowski can now net one against Ukraine next week, man deserves to.

Ps - Not sure if it was anyone from this forum, but loved the Polska flag with Toronto written on it!

Do Boju chlopaki!
"To be defeated and not submit, is victory; to be victorious and rest on one's laurels, is defeat." - JÃ³zef PiÅ‚sudski
Top

JDE wrote:Plan B? good one. We have one sub in Kapustka to spell a tired Kuba or heaven forbid an injured Kuba/Grosik. Zielu hopefully comes in for a stretch to get some experience and shake the nerves but it's pretty obvious Nawalka ain't got the confidence in him to start, not in the least. Even mentioning the possibility of dropping Milik is, let me find a civil tone, a pretty outrageous overreaction.

No one has suggested dropping Milik, but you could of played a donkey in his place yesterday and we would of had the same result, are you saying Kaputsk or Zielinski could of been worse? I doubt it.

Milik must start on Tuesday but whatever you say, we cannot have Milik playing like that again. He ships up or gets shipped off the pitch. No player is bigger than the team, look at England, they took off two starters and got a result. Fortune favours the bold.

I for one hope it does not come to that and Milik bangs in a hatrick and gets M O T M.

maybe milik should start playing invisible like maczynski so he doesnt get criticized?
Top

patrickjjh wrote:if you put stepinski or any other player on polands roster in place of milik they probably dont get in those goal scoring situations anyways

maybe milik should start playing invisible like maczynski so he doesnt get criticized?

Or maybe he should grow some and start playing like we know he can....

Being criticized comes with the territory, clearly you did not watch him play.

Anyhow we all want him to do great, after all he is one of Polska's best players and a great talent. 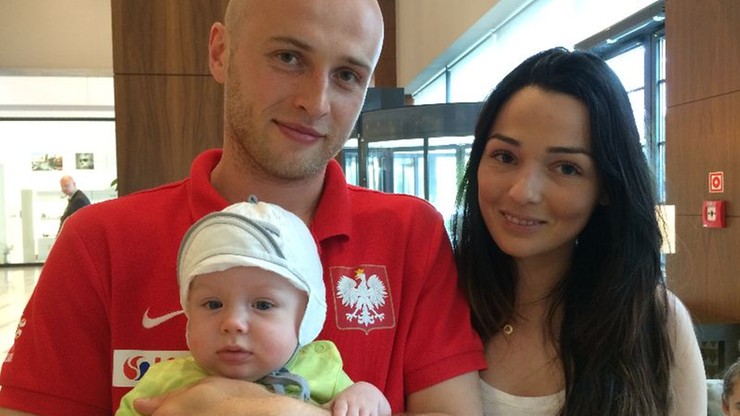 Got to say their assessment is really fair - Pazdan got a 9, Krychowiak 8 and Milik 4.
Top

You have to give more time for Milik to become more of a "star" player for us like the way Lewandowski is.

A lot of pressure is on him from fans cause Lewandowski is not scoring and doing other things around the pitch.

We as fans are desperate for more goals. More importantly I think the team has figured out to defend properly (individually and as a unit)...I dont think the Milik situation is of huge concern.

We had huge concerns on the defensive side of things before the tournament.